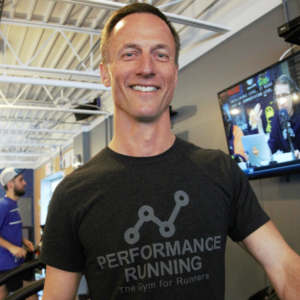 Need a workout designed around your need to run? Performance Running trains runners. Period. Mark Johnson, a stay at home dad for ten years, decided to combine his excitement for running and training and open a facility to help fellow runners take their passion to a whole new level of personal success. This is a gym for runners by runners and nothing else. No fancy cafe, no pool, just equipment and training that helps runners cross the finish line strong.

Mark’s passion for running was born 20 years ago when he hurt his knee. He tore a meniscus, and after surgery, his surgeon advised him to keep his knee muscles strong to avoid arthritis. So when he came home from the hospital, he started running, and within his first year, ran a marathon. From then on he was hooked.  Aside from strengthening his knee muscles, he found an intense passion for running. Following that, he would run two marathons a year, which eventually led to even more intense challenges, trail running and ultramarathons.

Confessions of a Running Addict

Not a lot of people find joy in running, and Mark puts it this way – when a person starts running, it is hard! But once you get into shape, you can run for miles and miles. Mark says that you will love that feeling of being able to go crank out a 10-mile run and not feel like you put much effort into it. That’s the thing that keeps him coming back; it’s addicting. 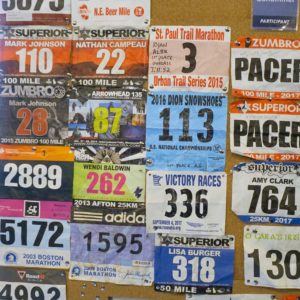 From Operations to Full-Time Dad to Business Owner

Before Performance Running happened, Mark was an operations guy for a company that took over contracts for facilities. That part of his life planted the seed that one day he will want to build his own business.

He left operations and became a stay-at-home dad for ten years. He said to himself that when he goes back to work, it will be a business that has something to do with running. An idea from a text from his wife sparked an idea. She brought up that her work partner was randomly commenting on how there are a lot of fitness businesses but there’s none that focused on nutrition. Although his business idea, somewhat, had nothing to do with that, it triggered something in his head, and that’s when he thought to himself, “I need to open a gym for runners.” The idea was to build a gym very specific to running, and it just grew from there.

The idea evolved into a  space where he could teach runners how to make their bodies stronger while comfortable and confident.

His dream is to give runners a place they can call home. Performance Running has a pleasant lounge area for people to relax and chat about past or upcoming races. They also have group runs so people can share the experience, push each other, and form friendships.

Since opening last December 2017, the Performance community has grown to over 100 members. It’s a warm community of people sharing their running goals and cheering each other on their events.  To Mark Johnson, it’s all about community. 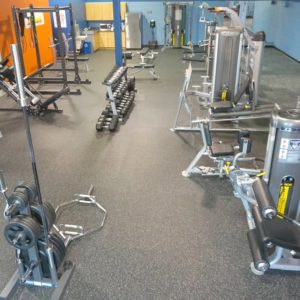 Performance Running Gym presents you with a lot of options. Upon membership, you get a free training session, and from that, you can choose to train by yourself or get personalized training.

The gym collaborates with a race coaching company called Trail Transformation which adds additional nutrition and recovery services. For specific running goals, you can customize what services you want to be included. You can even get a full package that includes coaching, strength training, nutrition and recovery. Performance can guide you – a little or a lot – depending on what you want.

It’s All About Balance

Mark’s passionate about seeing people improve. He loves spending time with people in the weight room and helping them with their goals. To him, it’s super satisfying to hear people say that they feel great. That’s what gets him up every day.