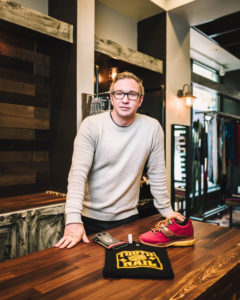 Nick Lundquist, owner of Tooth X Nail in Edina, spent almost ten years in a large corporate bank doing project management work and apparently received a lot of attention and reward for what he was doing. By building program applications, Nick and his team were able to save the company a lot of money. He enjoyed the challenges of creating solutions for every problem that presented itself. However, it got to the point the reward turned into more problem solving every time a previous solution has been accomplished. That kind of working pattern did not resonate with him. Despite the fact that he was saving the company millions of dollars and gaining them lots of efficiency, his work unfortunately just became a job and no longer an accomplishment. He wanted to give more but it was no longer enough. So Nick took the plunge and combined his desire for corporate freedom and his passion for fitness into a unique outlet for those that share his passion.

Nick’s passion for his own fitness started in his early twenties. He’s at the gym six days a week with three hour bike rides sprinkled in for fun. The level of commitment he has to his fitness has even cost him relationships and friendships. Too many times he’s heard the question: “Are you ever not working out?”

To Nick, it’s about commitment: “When we do a workout, we commit hours of our day to this. We give everything we have that we just can’t possibly stand up any longer. We have to lie down when we have nothing left in our bodies anymore. That’s the commitment we give to try to perform at the best of our ability and be the strongest athlete we can be and really contribute to our athletic work.”

A lot of people go to that same intensity on any given thing they choose to be passionate about. In Nick’s case, he chose his passion around fitness because he feels it represents his personality well enough that he wants to give his entire life to this endeavor. Some people do it with art, some will do it with music, some people do it with other things while Nick chose athletics. 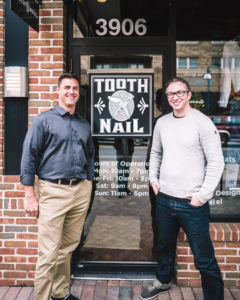 A Journey Into His Own Skin

To Nick, a truly accomplished individual is someone who can say that they work within their passion. Knowing his own abilities and skill set, he told himself that he can fulfill a need within the fitness industry and he set out to find that niche. That’s when the entrepreneurial spirit really started to burn. He set his mind to find the gaps in the fitness community. He wanted to be the guy to address that need.

Filling a Personal Void to Fill a Community Void

Empty—that’s a great word to describe how Nick felt at the time he was still existing in the corporate world. He wasn’t seeing the fruits of his labor or the people benefiting from his hard work. Using his intellect to be a part of solving problems was not enough. He wanted his abilities to directly help someone and see the reward right on that person’s face. He knew he could do more. He wanted to do something that allowed him to give everything he had.

Nick had a few moments of sitting around in his unfulfilling job and thinking about his life’s passion and how there’s an opportunity out there to fill his own void while fulfilling a bigger void in the community. He has the drive, the skill set, the ambition, the desire and he believed he can be the one to enhance the fitness aspect in his community’s life. According to him, it almost felt like a calling, “It seems a little pretentious. We’re entrepreneurs for a reason. We have this level of arrogance around us like, I was the only one who can do this.”

Failure Is Not an Option 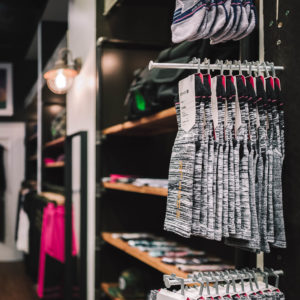 Being an entrepreneur is like walking at the edge of a cliff, looking down and jumping off knowing that there’s no parachute. From the outside, people would say it looks great. It does look great but it is one of the hardest jumps one has to make. According to Nick, “the biggest difference between an entrepreneur and somebody who just wants to be one is the fact that that entrepreneur jumped and that’s the biggest fear that everybody faces is that what if it fails, what if that, what if this. Well, I said, I have a great idea, I am an extremely skilled individual, I made proper choices to be financially stable, I won’t fail. So I jumped because I knew that there was no way I would splat. I was going to survive and this is gonna be successful because I feel extremely confident at what I’m doing.”

Once you’ve taken the leap, it doesn’t stop there. It is a long road where you have to make the decision first, set out a road that’s years-long. It’s a lot of planning, a lot of defining a financial road map. It’s coming up with a milestone checklist that you have to hit and commit to.

“Eventually that milestone comes that says you have to quit your job and you are now going to start living at your own income. And that is probably the equivalent of a prisoner of war being freed. You take that deep breath of ‘I did it!’. I got a long road ahead of me to get myself back from this but I’m now free from every shackle that has been holding me back. All my energy can go straight forward to what I want to do.”

There’s a bit of story behind the location. There were a couple of areas of town Nick wanted to be a part of but those did not pan out as well as he wanted to. There was a day when everything was ready to go and all he had to do was to keep things moving forward but his location wasn’t quite there yet. He ended up driving around, got to Edina, saw a sign in front of a location, called the number, saw the property the next day, and had a lease ready for him to sign in two days! This ended up being the current spot and at that time, it spoke to him that it was the area ready for business. Nick wanted to do business with people who wanted to do business.

Nick takes pride in how this location turned out. He did all the renovations himself and grinded the space in 60 days, 16 hours per day. 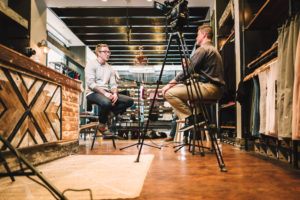 Niche Products and the Reemergence of the Brick and Mortar

Nick researches what his niche market needs. By listening to his community’s needs, he offers niche products that address the community’s actual needs.

Currently, Tooth X Nail specializes in the needs of the workout community and crossfunctional fitness. If you are looking to purchase proper weightlifting shoes and grips, or looking for hard-to-find yoga and crossfit gear, Tooth X Nail is the place to go. Look at the actual products yourself, try them, test them out, and be completely satisified with your purchase.

For more information on Tooth X Nail’s products, look for Nick and his team to help you with your purchasing decision.